Divorce- you are not alone

Divorce. Sounds scary. Sounds final. But for some women, the best way forward.

Women in their 40’s have enough stress as it is, children, work, health, you name it we’ve got it! But for some,  an added one can be their relationship with their spouse.

Formalising the termination of a relationship, in other words, getting a divorce or separation, doesn’t have to be a daunting and scary task. If you know the basics, it is much easier to manage, and less stressful to talk about, and in fact formalise.

Most women, will think about separation or termination of their marriage at least a few times in their marriage, for various different reasons. Those that decide there is no other way forward, even after a separation, will need to think about getting a divorce. 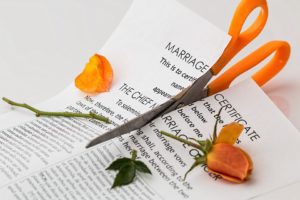 Suffice to say, you are not alone. According to the Office of National Statistics (18 October 2017), there were 106,959divorces of opposite-sex couples.

So, what are the reasons for divorce, and what do you have to ‘prove’?

Firstly, to get a divorce in England or Wales, you must have a marriage that is legally recognised in the UK and be married for more than one year.  You must then be able to show that the marriage has permanently broken down.  In a nutshell, grounds for divorce that show permanent and irretrievable breakdown can be any of the following;

Your spouse has committed adultery and you find it intolerable to live together.

Your spouse has behaved in such a way that you cannot reasonably be expected to live together.

You have been separated for 2 years and your spouse agrees to divorce.

You have been separated for 5 years.

Your spouse deserted you more than 2 years ago.

Some of the grounds are a little easier to prove than others and will of course depend upon your own personal marital relationship. Your legal adviser will be able to help and guide you through these grounds and establish what is the best one to use in your particular case.

If undefended, the next step will be to apply for the Decree Nisi, which in effect is asking the court to consider all the documentation submitted in support of your divorce. If everything is in order, and your Decree Nisi is granted, this essentially means the Court has granted you an entitlement to a divorce.

You can then apply for the Decree Absolute. This is the final step to dissolve the marriage and can only be done six weeks and one day after the Decree Nisi is granted. It therefore, gives you some time to be absolutely certain that you want to terminate the marriage.

There will undoubtedly, be other things to think about during the course of the divorce proceedings, for example, arrangements for looking after any children, child maintenance for the children and/or the division of money and property. I will endeavour to touch upon those things in separate articles.

I would like to reiterate that you are not alone!

For readers and subscribers of the Latte Lounge, I run a free telephone consultation clinic (limited to 20 minutes). Please email me on Shahzeat@duncanlewis.comto arrange a consultation about your divorce, separation or any other family law related issues.

Sir Andrew McFarlane, who is in charge of family courts in England and Wales, gave this and other guidance to parents in April 2020 due to the increase level of disputes concerning contact arrangements for children during the current Covid-19 crisis. He urges people to focus on the child’s welfare and to try and ensure […]

Going to court can be a minefield for most. Family lawyer, Shahzea Tahir explains a bit about how the courts can help, if necessary. 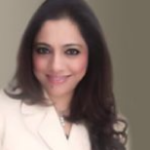 I am a family law specialist with over 20 years’ experience dealing exclusively with private family law matters. I completed my Master’s Degree in Policy Studies and my postgraduate Diploma in Legal Practice at the College of Law in London, after having graduated with an LLB (Hons) Degree from Brunel University (London). Having trained with one of the top UK law firms I qualified as a Solicitor in 2000. Although in main have worked in private practise, I have also been working as an advice line solicitor at the charity "Rights of Women" (London) since 2007 on a pro bono basis, and this year have been appointed as a Legal Officer ( Family Law) for them. The aim and vision of Rights of Women is to achieve equality, justice and safety in the law for all women, and to advise, educate and empower them. This is achieved by offering free confidential legal advice, campaigning to ensure law and policy meets all women’s needs and enabling women to understand and benefit from their legal rights through accessible and timely publications and training. In addition to my family law work, since 2015, I have also been assisting with the deliverance of the ‘Communication and Medical Ethics’ postgraduate examinations for an internationally recognised medical exam, and in 2018 was appointed by the Royal College of Physicians (UK) as a lay representative for the General Internal Medicine Specialist Advisory Committee (GIM SAC), and in the Specialty Certificate Examination (SCE) Steering Group. I was also appointed as a school Governor in May 2019 and recently have been appointed as Associate Professor in Private law for New Vision University , School of Law. To contact me please email me on sat.solicitor@gmail.com and feel free to visit the Rights of Women website www.rightsofwomen.org.uk for further details on various legal issues and details of free confidential advice line opening times.

Find a menopause specialist, download our symptom checker, tips on preparing for your GP visit and so much more.

Explore the latest deals from our partners, hand-selected especially for midlifers.

Search our directory of Women’s Health and Wellness specialists.

The original home of The Latte Lounge - our private group of more than 20,000 women discussing all things midlife.