Bowel cancer is the fourth most common cancer in the UK and the second most common cause of deaths. Bowel cancer survivor Dr Philippa Kaye shares the symptoms and treatment and explains that yes, doctors get cancer too.

What are the signs and symptoms of bowel cancer?

We know we should check our breasts and attend cervical screening, but be honest, how many of you turn around and check the toilet bowl after you have opened your bowels to look for blood?

Like many cancers it becomes more common the older we become but I was aged just 39 when I was diagnosed with bowel cancer, at the time the odds were just 1 in 10,000, but it can and most definitely does happen!

WATCH: Dr Philippa's emotional and inspirational chat with The Latte Lounge Facebook group all about her cancer diagnosis and treatment.:

Having any of these symptoms does not definitely mean it is bowel cancer, after all haemorrhoids can cause rectal bleeding, but any breast lump needs to be checked out, so too do any of the symptoms above.

How is bowel cancer diagnosed?

My bowel cancer symptoms and diagnosis

I had had some intermittent pelvic pain since the birth of my daughter, approximately four years prior to my diagnosis but after three Caesarean sections, an appendix removal and surgery for an ectopic pregnancy I had had a lot of surgery and presumed the pain was related to scar tissue. Indeed scar tissue is likely to have been contributing to the pain but in the few months before diagnosis the pain became more persistent and intense leading me to seek help.

My diagnosis surprised everyone involved!

The current bowel screening programme involves a poo test. The test kit will be sent to your house and involves a small sample of stool called the faecal immunochemical test (FIT test). This tests for tiny tiny hidden amounts of blood in the stool, too small to be seen with the naked eye.

If the test is positive you will be called for a scope test, as cancer is not the only cause of bleeding into the stool. It can be due to benign polyps or inflammatory bowel disease.

The screening programme in the UK begins at age 60, though the Government has agreed to reduce the starting age to age 50 which is when bowel cancer rates begin to rise, but as yet there has been no agreed date for the earlier age to begin.

In some parts of the country you may have been called for a one-off bowel scope screening at age 55 but this has been stopped and, if you were called for this test but it was delayed due to coronavirus you will be sent a home testing kit from April 2021.

How do you deal with a cancer diagnosis?

Half of us will have a cancer diagnosis at some point in our lives, which means that every single one of us will be affected by cancer at some point, be it either ourselves or someone we know and care about.  Cancer tries to take over everything in your life, from your work, to your relationships.  Just as the cancer grows to take over your body, so too it feels as if it is taking over your life, your psyche, your very being.  Between appointments, surgeries, recovery, chemotherapy and more it can feel like all you do and are is a cancer patient but you are not!

I was lucky, my tumour was discovered before it has spread to other parts of my body and although the process was of course, extremely traumatic, my prognosis is excellent, with a 90-95% five year survival.  The fact that I even had to write the words survival rate, brings home the enormity of my cancer diagnosis.  Despite being used to death as a dr, having been exposed to it so regularly starting from a relatively young age, the day of my diagnosis was the first time that I truly, truly, considered my own survival, or actually, my own mortality.

What did I learn about dealing with cancer?

As someone who has had cancer if I could give two pieces of advice if someone you know has cancer.

A cancer patient is the same person they always were

The first would be to remember that they are not only a cancer patient.  If they want to talk about it, great, listen away but if they don’t remember all the other things that they are and enjoy and talk about them, be that family, weighty matters or shoes!  They are still the same person they always were, albeit with something very weighty and significant happening which will inevitably change them in some way, but they may well enjoy talking about other things without the focus always being on the cancer.

The importance of listening

The second piece of advice is about the importance of listening without trying to fix it.  We are all guilty of this, myself included, that when our friends and loved ones are in pain, in whatever form that may take, that their pain hurts us and so we want to fix it.  But fixing it isn’t always possible, or even if it is, that there is a solution, or hope doesn’t mean that it doesn’t feel awful right now.  Knowing that this is your last chemo cycle doesn’t mean that you don’t feel bad; being positive in general doesn’t mean that one day you can’t feel sad or angry.  The urge of other people to always fix it can mean that you end up feeling as if your feelings aren’t valid, which is probably not what the ‘fixer’ was after at all!  Just listening and acknowledging how difficult things are can help that person feel less alone in their experience.  For me, that was often enough.

Time matters when it comes to cancer, the earlier it is discovered and diagnosed, the easier it is to treat with better outcomes and prognosis.  If you have any of the symptoms described here, please see your GP.  And if you would like to read more about my experience as a young doctor and mum of three, my diary of that time has been published.

Doctors Get Cancer Too, written by Dr Philippa Kaye and published by Vie, is available from 11 February 2021. It details the challenge of being both a doctor and a patient with bowel cancer, all at the same time.

Read here for more information on menstrual cycles and young girls. What can happen after their first one?

Do you think you suffer from diabetes? Our blog explores the two different types of diabetes and why it matters if you have it. 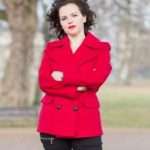 Dr Philippa Kaye is a GP, author, journalist and mother. This means that she is busy, really busy and while others may dream of long indulgent weekends, she dreams of a lie in until 8.30am – that extra hour and a half makes all the difference, ask any parent! Philippa is one of those irritating clichés, she really did always want to be a doctor, apart from a very brief spell of aspiring to be a ballerina (also a cliché, sorry). But she has always been fascinated by science and by people and medicine is a career which thankfully combines the two. She grew up in a very large and noisy family, where everyone knows everything about everybody. This may have led to her becoming quite nosy, some people may prefer the term ‘interested’, but the truth is, she is nosy, but as a doctor this can be a great thing because a bit of nosiness helps to find out about people which may in turn affect their health. But this interest extends into other areas of life and Philippa is often found with her family at a museum, gallery or just exploring because everything and everyone has a story to tell. Dr Philippa is a Londoner and only moved away for three years while studying at Downing College Cambridge, before returning to Guy’s, King’s and St Thomas’ medical school for her clinical training. Once qualified she got married and started having babies all in the midst of training in paediatrics, gynaecology, care of the elderly and acute medicine, psychiatry and then general practice. She now works as a GP in both privately and for the NHS, before running home to the chaos of a house with a husband and three small children. Dr Philippa knows that one of the core skills of medicine is being able to translate ‘medicalese’ into English and has used this skill to write five books on subjects ranging from pregnancy to child health and development. She is the medical expert for Woman, My Weekly Special and Smallish magazines and regularly contributes to the print and online press. She has previously been the medical expert for various magazines such as Junior, Sugar, Prima and Mother & Baby. As with many working mums, Dr Philippa has a second job – parenthood, which truth be told is often tougher than the doctor day job! Most of her spare time is taken up with family and she is happiest cooking in her kitchen surrounding by family and friends, talking, eating and laughing, a lot. Dr Philippa Kaye was once optimistically measured at 5 ft and ¾ of an inch. That ¾ of an inch is very important to her and should not be forgotten.

The M Word - Everything you need to know about the menopause

Find a menopause specialist, download our symptom checker, tips on preparing for your GP visit and so much more.

Explore the latest deals from our partners, hand-selected especially for midlifers.

Search our directory of Women’s Health and Wellness specialists.

The original home of The Latte Lounge - our private group of more than 20,000 women discussing all things midlife.

We use cookies on our website to give you the most relevant experience by remembering your preferences and repeat visits. By clicking “Accept All”, you consent to the use of ALL the cookies. However, you may visit "Cookie Settings" to provide a controlled consent.
Cookie SettingsAccept All
Manage consent

This website uses cookies to improve your experience while you navigate through the website. Out of these, the cookies that are categorized as necessary are stored on your browser as they are essential for the working of basic functionalities of the website. We also use third-party cookies that help us analyze and understand how you use this website. These cookies will be stored in your browser only with your consent. You also have the option to opt-out of these cookies. But opting out of some of these cookies may affect your browsing experience.
Necessary Always Enabled
Necessary cookies are absolutely essential for the website to function properly. These cookies ensure basic functionalities and security features of the website, anonymously.
Functional
Functional cookies help to perform certain functionalities like sharing the content of the website on social media platforms, collect feedbacks, and other third-party features.
Performance
Performance cookies are used to understand and analyze the key performance indexes of the website which helps in delivering a better user experience for the visitors.
Analytics
Analytical cookies are used to understand how visitors interact with the website. These cookies help provide information on metrics the number of visitors, bounce rate, traffic source, etc.
Advertisement
Advertisement cookies are used to provide visitors with relevant ads and marketing campaigns. These cookies track visitors across websites and collect information to provide customized ads.
Others
Other uncategorized cookies are those that are being analyzed and have not been classified into a category as yet.
SAVE & ACCEPT